Showing posts from June, 2022
Show all

The Kenryk Series: The Rise of the Emoryk #2 Cover Reveal 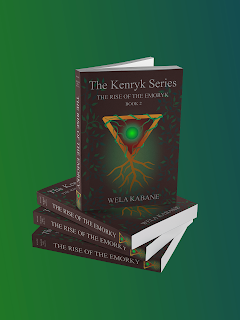 It is finally here! The cover of my upcoming sequel to The Kenryk Series: The Avaris. When I initially started writing this series, it was supposed to be a standalone. Since the time I wrote books as a child, I had never written a trilogy before. In 2016, I wrote the first book, and years followed of revision after revision of each book. You'd be surprised to know the third book has already been written and finished. In fact, the entire series was completed before I even attempted self-publishing. So, it has been an interesting end to May. I paid for one of those book ad places and ran an Amazon ad at the same time. I don't know which of the two worked, but I was selling a book every day and I even improved my overall ranking on Amazon. You will remember, that I stopped caring about the ranking. I feel like concerning myself with my rank is overlooking all those individuals out there who have taken a chance on my book and bought it. I celebrate every sale because I went into
1 comment
Read more
More posts

Wela Kabane
Hi, I'm Wela Kabane and I love socks. Wait, no, that should be Hi, I'm Wela Kabane author of the Kenryk Series. I love writing fantasy fiction. I love reading M/M books. I love to pretend I can hit Defying gravity type of notes (I can't). I am an introvert who isn't shy (yay, a unicorn). My social battery has a maximum of 2 hours.